The Horizon was endless and Parkman was gripped with a raging thirst. The hunt had lasted since dawn and the noon day sun was scorching everything beneath.  His fellow hunters seemed immune to the elements, their focus completely on their prey.  Out ahead of him, a figure on horseback was flanking the small heard of Bison.  The hunting party had picked up this trail at the stream while watering their horses.  They had followed it for hours across the featureless expanse of the open plains.

Parkman knew his friends back east would never understand.  His mind wandered to the glowing Brahmin parlors filled with men talking politics and money, neither existed out here, only the hunt.  He snapped back as Big Crow let loose a war whoop, made his approach, drew his bow and released.  The gigantic bull crashed to the ground with such force that his body plowed a furrow through the dark earth and then lay motionless in the dust.

Parkman dismounted and joined his friend by the stone dead bison.  He could not see the wound which felled this magnificent creature.  Big Crow said a few words with eyes to the heavens, then smiled broadly as he turned to Parkman.  The tall Sioux hunter reached across the bison's massive wooly neck and drew out his arrow, which was buried up to the feathers.  Big Crow handed the arrow to Parkman and silently walked back to his pony.

This is how I imagine it happened,  one hundred and sixty six years and half a continent away. The arrow lies on a table ready to be photographed for our November 8th auction.  Truly a survivor, mid-19th Century American Indian artifacts are very rare indeed!  It was crafted in the 1840's and used by a free band of Oglala Sioux, when they were still the undisputed masters of the Dakota plains. 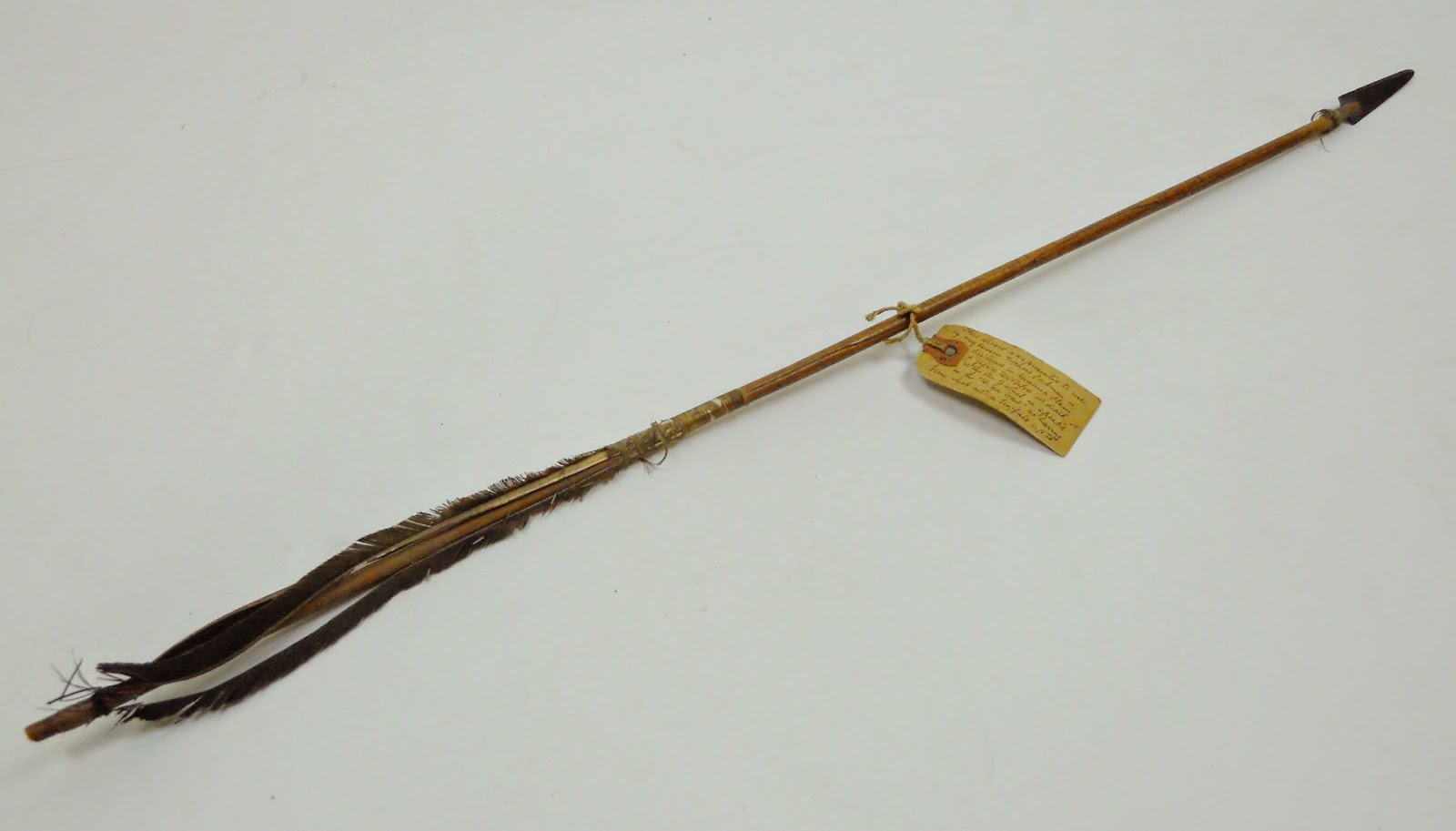 This marvel of primitive aerodynamic engineering carries a ground iron tip, tied with sinew to a wooden shaft with feather fletching.  The shaft is true and terminates with a deep notch.  It is a thing of beauty, a fragile work of art executed with remarkable skill, but made for a deadly purpose, in war or on the hunt.  A faded and yellowing tag is affixed,  which reads:

"This arrow was presented to me by my cousin Francis Parkman in his house in Jamaica Plain a year or two before his death.  It is the one of which he speaks in "The Oregon Trail" as having been shot into a buffalo up to its feathers by the Sioux chief who pulled it out and gave it to Mr. Parkman.  David Greenough, March 1930."


Additional documentation accompanies this incredible rarity, which follows its journey through generations of Parkman's descendants to the present.  A photograph of the arrow appears in the book "The Oregon Trail" and the arrow itself will be available at auction to the highest bidder on November 8th, 2014. I look forward to seeing you at the auction!

Posted by J. James Auctioneers & Appraisers at 11:12 AM